If you experience any difficulty in accessing any part of this website, please feel free to call us at (415) 887-7650 or email us at assistant@CAcounselingGroup.com and we will work with you to provide the information or service you seek through an alternate communication method that is accessible for you consistent with applicable law (for example, through telephone support).

Dyslexia is a disorder that is quite personalized in its symptoms and severity. It is often classified by a victim’s inability to read and/or write properly. 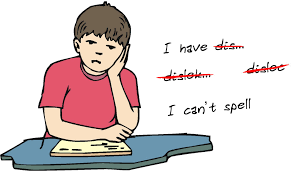 Basically, Dyslexia is a neurological defect and learning disability caused by hormonal growth during at the early development stage of the fetus in the uterus.

There are three (3) major types of dyslexia classified by their cause. These include:

Trauma Dyslexia: This usually happens after someone has experienced brain injury or brain trauma due to a car accident, a fall from a tall ladder among many others. It usually affects the area of the brain that controls the victim’s ability to write and read. Trauma dyslexia is mostly seen in adult patients. Hardly do children suffer from it.

Primary Dyslexia: It is genetic or hereditary in nature, and is caused by a dysfunction of the cerebral cortex. Primary dyslexia is more common with boys than girls and does not improve or get worse with age. People who have this type of dyslexia usually struggle with writing, spelling, and reading in a variety of degrees, through adulthood.

Furthermore, Dyslexia can also be classified based on the type of skills the victim is struggling with. These are:

Visual Dyslexia: This is when the victim struggles with the ability to write letters, numbers, and words in the right style and order.

Auditory Dyslexia: This is when victims struggle with the sounds of words or letters. It may also be caused by hearing and ear issues that start at an early age.

If you or any of your loved ones have a combination of any of the dyslexia symptoms mentioned above, it would be a great idea to take a simple dyslexia test to validate or deny the possibilities. Two types of tests are required for anyone dealing with dyslexia. The first one is the screening test and the other, a detailed test.

Dyslexia screening test: The main aim of the screening test is to know if the more detailed test would be needed. It is a somewhat simple test that does not essentially determine if someone has dyslexia. It is used to know if someone has some kind of learning disability be it dyslexia, ADHD or even autism. It is often used to screen people from the learning disabled group.

For any patient suffering from dyslexia, consulting a life coach can be a great step in helping them overcome these problems. They will help to put the victims on the best track to happiness, success and to achieve their full potential. You can contact us at (insert number) to book an appointment or for more information.